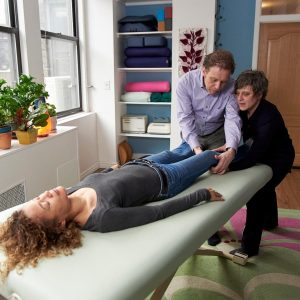 Do you deflect compliments? Do you respond to praise by saying that you could have done better, or that you have more to learn?

Is it because you don’t want to seem conceited? Is it because you think that you need to keep striving and not be complacent? Is it setting a standard you don’t feel up to? Or do you feel embarrassed – that the compliment is so different from your image of yourself that you can’t reconcile the two?

If you recognize your good qualities and accomplishments, but you still deflect compliments, then there is probably something about your self-image you are protecting by doing so. Your response may be just right – but it’s worth thinking about.

There’s a lot of research showing the relationship between feelings, self-esteem and health. Admitting that you’ve done well helps you be well; in addition, if you it humbly, you can set a gracious and grateful atmosphere that increases clarity and reciprocity in your relationships.

Acknowledging what’s true is actually a humble thing to do. People compliment other people for many reasons. If the person is sincere, it’s ethical to acknowledge it, or to say “that’s kind of you to say,” which doesn’t require you to agree or disagree. If you deflect a sincere compliment, you are challenging their truth, which can be unwittingly disrespectful.

A “white lie” is something you say to smooth over a social situation or not offend another person. It makes sense to deflect a compliment if you’re standing next to someone who isn’t being complimented for the same thing. But if you’re caught off-guard because the statement doesn’t go with what you think or feel about yourself, it’s worth taking a breath before you respond. It might take a moment to absorb the idea that somebody views you differently, and perhaps more positively, than you view yourself.

If a person compliments you for something you’ve done, it may help to engage them on the topic. That’s not to say you should respond the way my friend Joe once did: complimented on a great dinner, Joe stopped his partner and asked him to start over and praise each dish one by one! But if it feels right, asking more about the thing you’ve been praised for can elicit helpful information. I danced with a company composed of half Germans and half Americans – I split the difference because I speak German. The cultural difference was enormous. I heard a story of a European choreographer who said that American audiences, almost uniformly, told you how great you were, and how good the piece looked; only a day or two later, when asked, did they say what they really thought. German viewers told you right away whether they liked it or not, and immediately wanted to talk about the meaning of the work. In the final analysis, all these responses are forms of accurate communication, but different contexts call for different responses.

Imagine going public with your baseline purity and virtue – your quest for a better world and to be better in it. Letting your spirit be known seems egotistical, but in fact, the opposite is true: It’s a form of humility. It’s honest to acknowledge what’s true right now. True humility and honesty reveal something bigger than you: the values that you treasure most.